So, you’re starting to do video calls with China, are you?

I’ve easily spent thousands of hours in video conferences with clients in China, and I’ve summed up some practical tips below for improving the stability, quality, and connectivity of these meetings.

Great video calls don’t need to be expensive. I’ve chosen equipment that works well but is much less expensive than the high-priced options that some companies buy.

Note: there are zero affiliate links in this post, and I don’t have a business relationship with any of the brands mentioned either.

Jabra’s speakerphone is easy to move around and provides pretty good sound without an echo.

You can now find several models on Jabra’s site. We paid about 100 USD for the Jabra Speak 410, which was definitely worth the investment. It’s lasted since 2013 up until now!

One of the great things about this simple version of the Jabra is that it uses a USB cord. Bluetooth is cool and all, but if I had a nickel for every time somebody fumbled with the Bluetooth connection on their equipment… 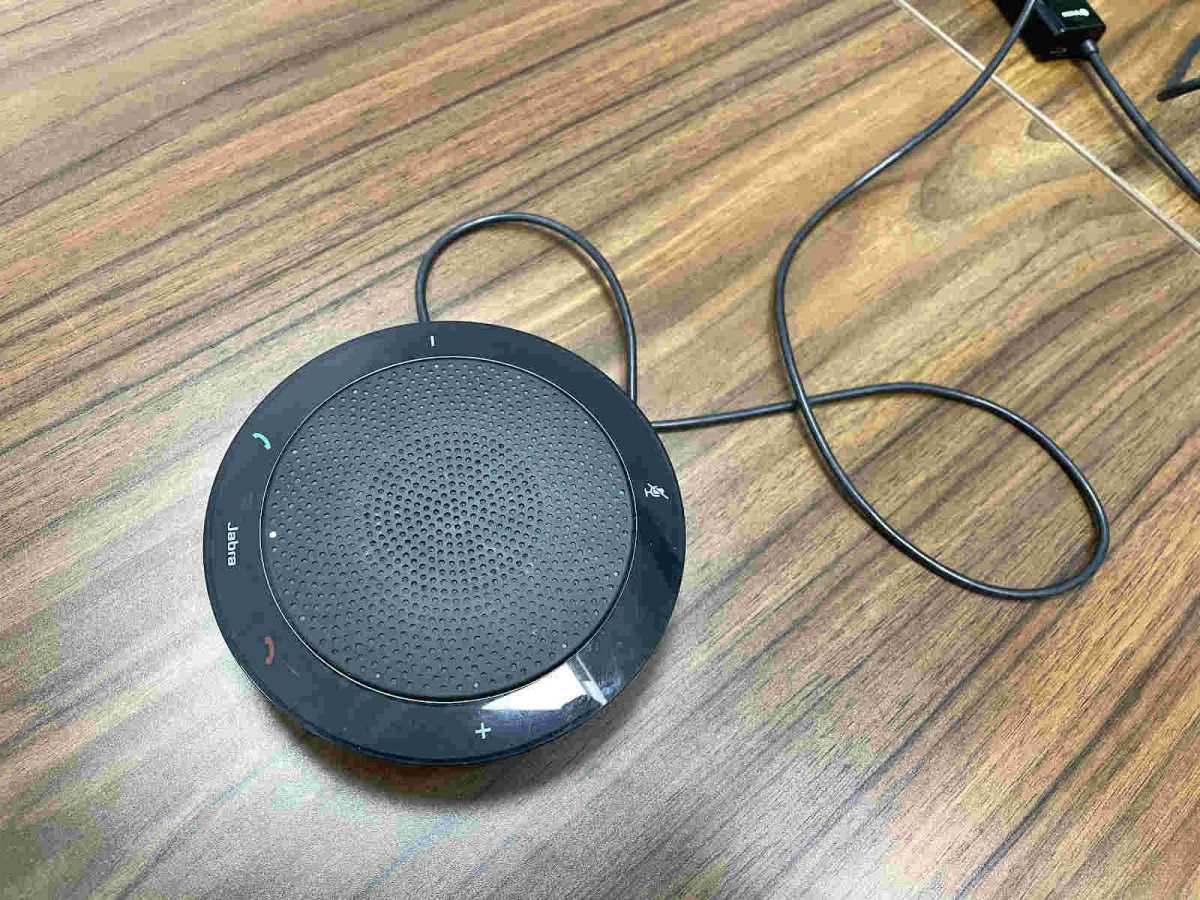 There are two main problems with some laptop webcams.

With a laptop camera, I’d end up seeing just one person on the other end (and only the top half of their head!).

So we started using a high-quality, low-cost, wide-angle Logitech camera, the “C930e”. It gets everyone in view and, like the Jabra, it’s lasted seven years so far.

Actually, we bought a few of them for different rooms and we haven’t had a problem with any.

For 130 USD and an estimated 14 thousand meetings so far—it’s easily worth it.

Software has turned out to be a tricky part. Since 2013, we’ve tested over ten different solutions, and none have been perfect.

I recommend using both Skype and Google Meet (with a VPN) because sometimes one doesn’t work well.

But, I’ll lay out the pros and cons of the different options to help you choose the best option for yourself.

WeChat is cool because everybody in China has it, and they check it often. So you can make calls on your phones without needing to install any extra software.

The quality of calls on WeChat is pretty good.

The downside is that people tend to use it on their phones rather than the computer, so it tends to be a bit more awkward. Other potential issues with mobile WeChat:

Note: there is a desktop version of WeChat too, but I can tell you from experience that only a few of the hundreds of calls I have had involved people using WeChat on their computer. It’s not just the tools that matter, but how people use them.

Still, at present, if you want to simply have a call with somebody in China, WeChat is a great way to get started.

Skype is another tool that many people already have accounts for, so it’s easy to get started with.

And, like WeChat, it doesn’t require a VPN to use.

I’ve found the quality of calls on Skype to be better. Plus, people tend to use it on their computer, which means they use a better camera and microphone.

Google Meet is my favourite.

Some people find this surprising (because it requires a VPN to use), but we have a stable VPN, so it’s worked out OK. Even with the occasional connectivity issues, Google Meet is still as reliable as the other solutions.

What I like most about Google Meet is how it integrates with Google Calendar and G Suite. It ends up being a fairly smooth experience.

Besides Google Meet, I’ve tried a whole bunch of different software of a similar format: Zoom, GoToMeeting, Tencent Meeting, etc. It all works similarly, and it’s annoying to have five different solutions installed, but sometimes that might be what your contacts are using.

The way China’s cybersecurity regime works, it would be very tough for you to have a totally secure conversation with people in China.

Any conversations you have over WeChat or Skype are 100% completely available to the Chinese government and its agents, which means the data is probably available to your competitors too.

As for Google Meet, that data will probably be available to the government as well, but not with 100% certainty.

I’m not a cybersecurity expert, but you can read an expert’s opinion here.

For meetings with individuals, a headset is just going to work a lot better than the default equipment on laptops.

In case you didn’t know, China is LOUD. If you have several people calling in from different locations in China, chances are at least one of them is going to have construction noises in the background.

So I ask that all our team members get headsets or even just good-quality earbuds.

Personally, I used the Logitech H800, which costs about 130 USD.

Everybody in the company seems to have a different headset, and the difference in audio quality isn’t very much. The jump in quality from simply using a laptop’s default mic and speakers to using a headset is very noticeable though.

My Logitech headset was eventually destroyed by my kids, so store yours higher or something!

I upgraded my personal equipment and went for a more expensive option.

For my headset, I use Sony WH-1000MX headphones. Although they’re 350 USD, I’ve had mixed results.

I also upgraded my mic because I wanted better quality for my podcasts and YouTube channel.

I use a Rode Podcaster because it doesn’t require any extra mixing equipment and is designed to cancel out background noise.

For meetings with ten people, it sucks to have to huddle around a laptop.

We use a TV. Guess what? We didn’t go for a high-end version.

There wouldn’t be much point splurging on an expensive TV because the image quality will be limited by the software and Internet connection.

The solution? Just buy something that lasts. We bought a Coocaa brand TV for ~200 USD, and it does the trick.

One bonus tip: Don’t put your TV under the air conditioner…we lost one due to a drippy AC.

Astrill Works So-So, Which Is Better than Most.

I think we’ve tried all the major VPNs, and none work perfectly or even reliably. They cut out, they get slow, and they occasionally stop working altogether.

And you know what else is unreliable? All those stupid reviews online. Virtually every one of those pages is full of paid reviews. Their #1 choice has less to do with reality than it does with which VPN company is paying them the most.

We’ve had the best luck with Astrill.

Here are a few tips for getting it to work better.

Play Around with the Locations.

Sometimes one will drop, but another will work great.

Try out the VIP Option.

“VIP” costs more but is meant to give a more stable connection. 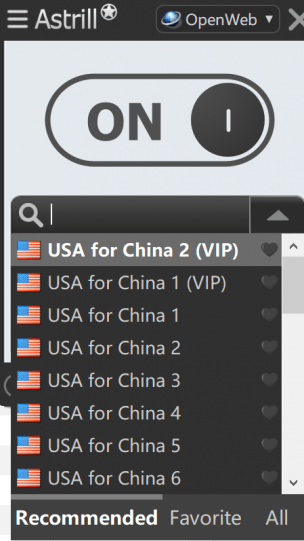 The speed test tool will let you know the performance of various locations. You want one with a high speed and a low “ping”, which is the time it takes for a tiny bit of data to go from you to the other server and back.

Select the servers you wish to test using the checkboxes near the server’s name. Then click on the Test Ping/Speed button. Once the test is finished, click on the Ping/Speed column headers to sort the results. 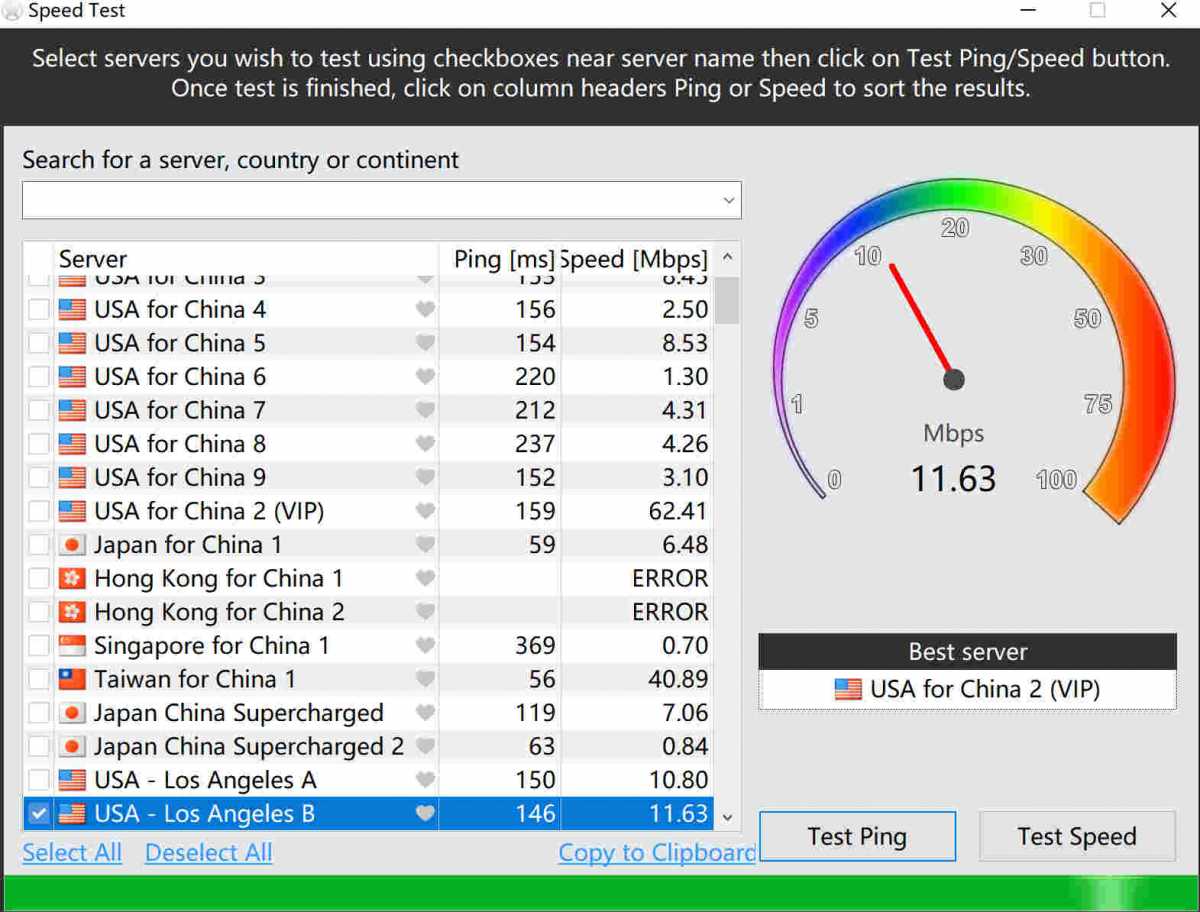 Test out the Various VPN Protocols.

Astrill allows you to connect via OpenWeb, StealthVPN, and WireGuard. We find WireGuard to be the fastest for reaching websites outside of China. 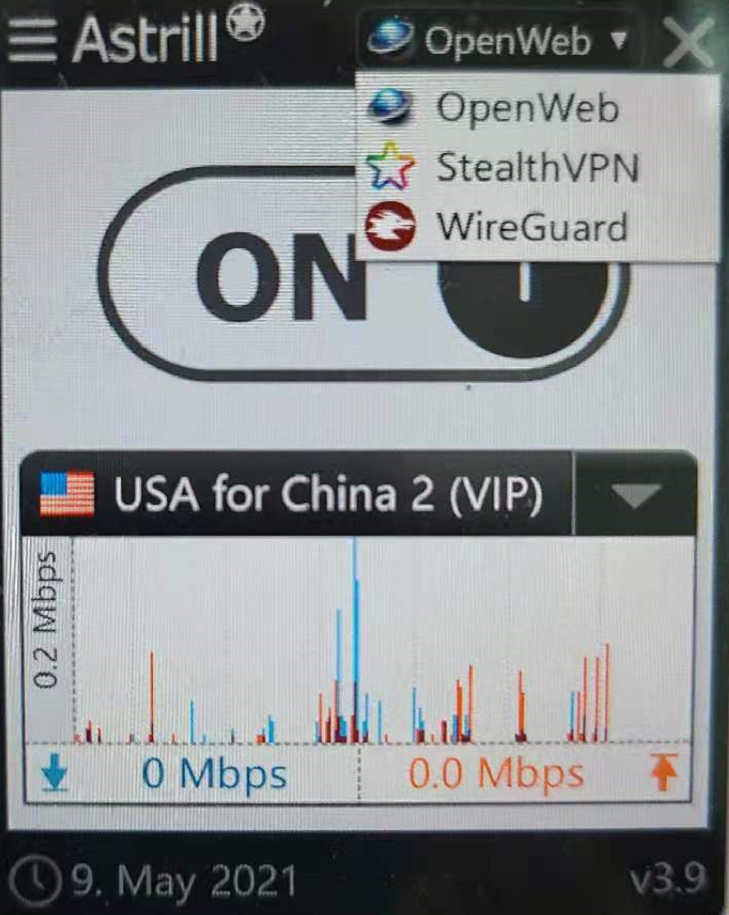 Choose Which Things Will Go through the VPN.

Depending on the protocol you choose, there will be various options related to browsers, apps, and sites. For example:

If you’re working in China for weeks or longer, it’s worth playing around with all of the settings to find the best options for you.

Even with all this cool gear, it takes a little bit of practice to get everybody into the right habits.

Here are some guidelines for those that are calling into meetings individually:

Sign up for the newsletter to receive our newest posts on how to improve your marketing results in China.

SUBSCRIBE
Menu
This site is registered on wpml.org as a development site.