China is the world’s largest source of international students. Over half a million enroll in foreign higher education institutions each year.

In our education marketing work, we get the chance to interact with thousands of students every month. We know that they face some major challenges. Not only in study itself, but also with friendships, culture and life. They also face challenges in the application process.

We surveyed 100 Chinese graduates that recently studied abroad about the challenges they faced. The results are below, along with some of my own insights and remarks.

After reading it, we hope that you too will have a bit better of an idea of how to help Chinese students have a great experience at your school.

Exactly one hundred students filled out the survey. 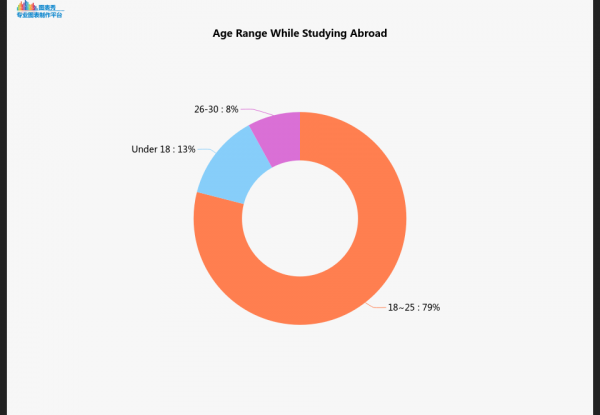 They studied in 22 different countries. 54 studied in the “Big 4” English speaking countries – USA, UK, Australia and Canada. There were also 11 that studied in Germany. 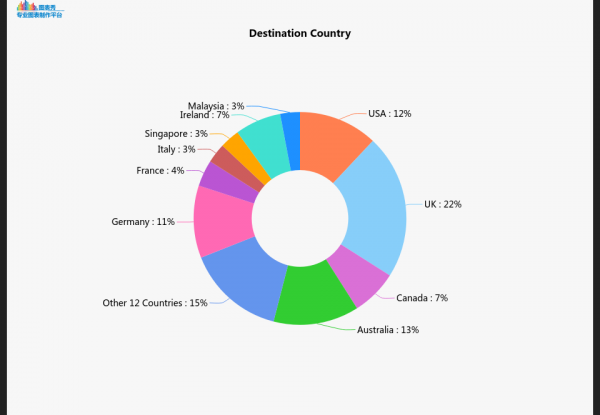 Why did they study abroad? 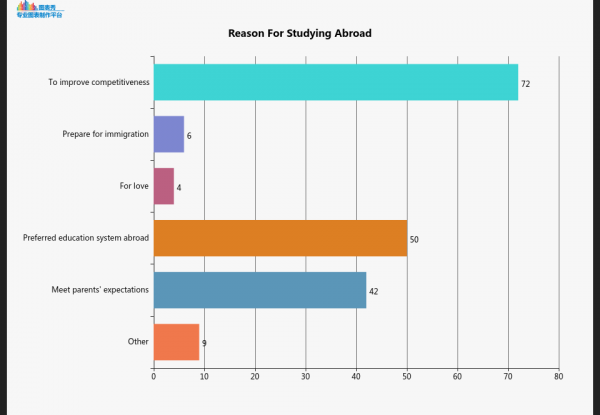 52% chose to use agents. The remainder applied themselves or with the help of others.

This is important! Agents are considered the “go-to” method for Chinese student recruitment now. Many sources of information you might find online will say that “this is just the way it’s done in China – you need to use agents.” We see this changing over the coming years, with more schools choosing to reduce reliance on agents, who can be expensive and unreliable. Our experience and survey results like this show it’s possible – half of students already don’t use agents.

Of the students that used agents, almost all paid the agents.

Most also felt it was easy to get in contact with the school. 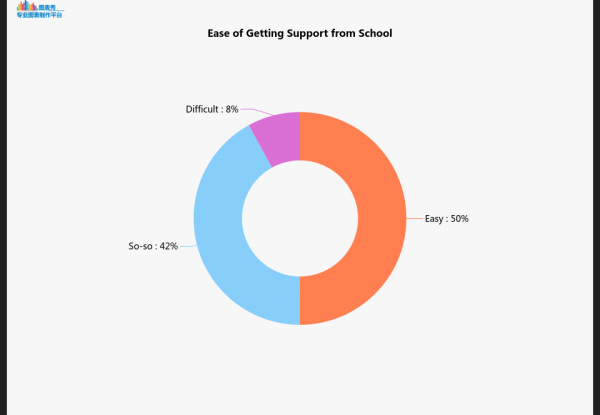 Most students were alright with the food at their study destination, but others had strong opinions. 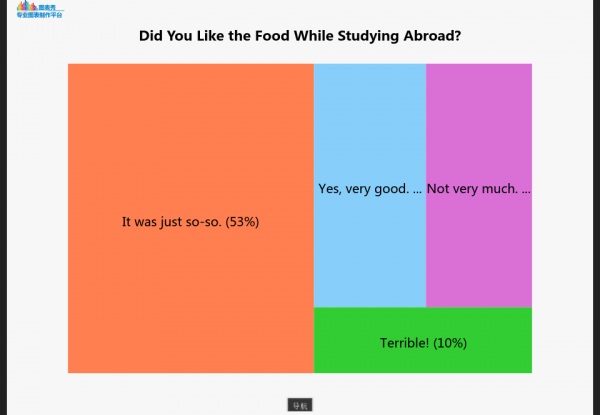 Still, two-thirds of the students usually cooked at home. The remainder split their time between restaurants and school cafeterias. 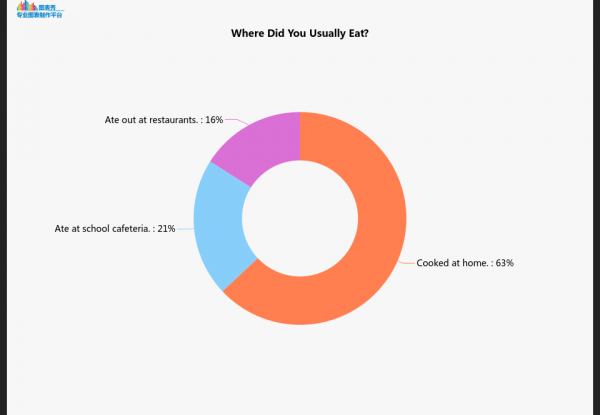 We were surprised to see that one-quarter of students spend over 5,000 Chinese Yuan per month on food for themselves! That’s either a lot of food or some expensive dining! 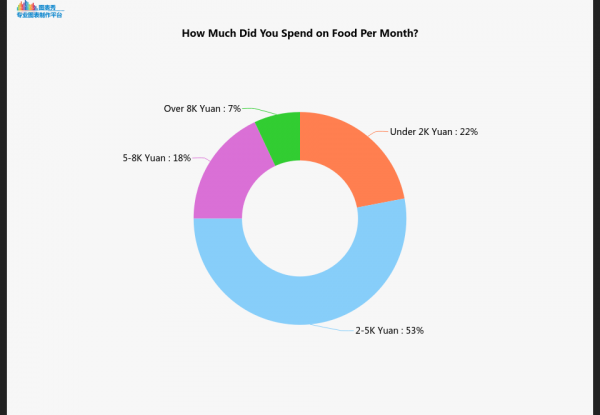 The survey takers really lit up the comments for this section of the survey!

Comments tended to show that they generally like to have non-Chinese food from time-to-time. But, they’re not cool with foregoing great, authentic Chinese food for months on end. Here are some comments they left:

Some recurring complaints about the food abroad was that it was “too rich” and “too sweet”.

Many didn’t like the Chinese food abroad either, saying it wasn’t authentic or otherwise just wasn’t the way they like it.

For those that don’t know, there are many different types of Chinese food within China. Plus, mainland Chinese food and Western Chinese food has evolved over the years. Many countries have had a thriving Chinese food culture for over a hundred years now.

As an example, I took my Beijing friend to eat Cantonese dim sum in Canada. He thought it was great, but halfway through the meal he realized “Oh, this is Chinese food?!” It took 15 minutes of carts going by before he noticed some things he recognized as being Chinese. And, believe me, I know where to get great Cantonese and Canadian-Cantonese food. It’s not just a difference between “good” and “bad” food, but rather a difference in style.

Students were split about the weather, with only 56% preferring the weather in their hometown. Sounds like it’s a coin-toss – weather isn’t a major deciding factor, and it’s a 50/50 chance as to whether the student will enjoy better weather abroad than their hometown.

A couple comments from students:

Only 9% of students were not satisfied with their accommodation, but 30% expressed that they had trouble finding accommodation.

Over half of the students chose to rent, while a quarter stayed in a student dorm. 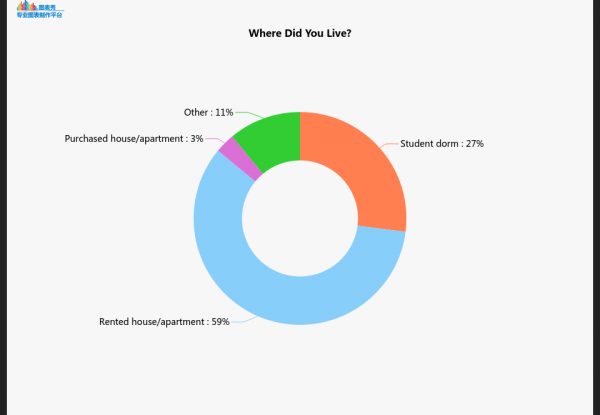 70% lived with other students while 23% lived on their own. 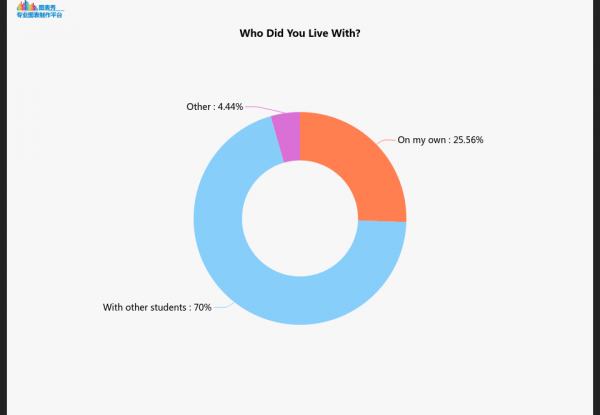 Before studying abroad, students also studied English as a second language. The amount of money they spent on courses was spread out evenly, which matches our previous thoughts on price points for English learning options for Chinese students. 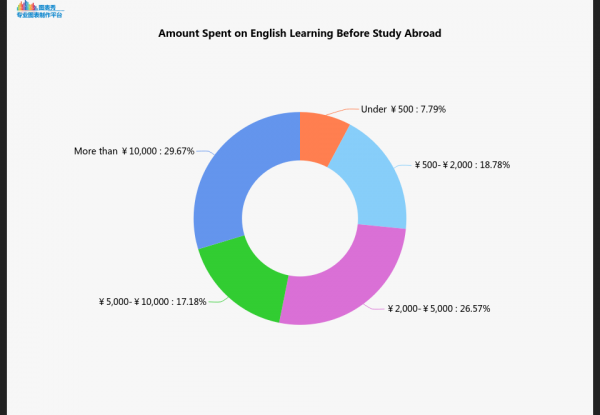 Most met their friends offline, with over ¾ meeting friends in class. Some also met friends via various online channels. 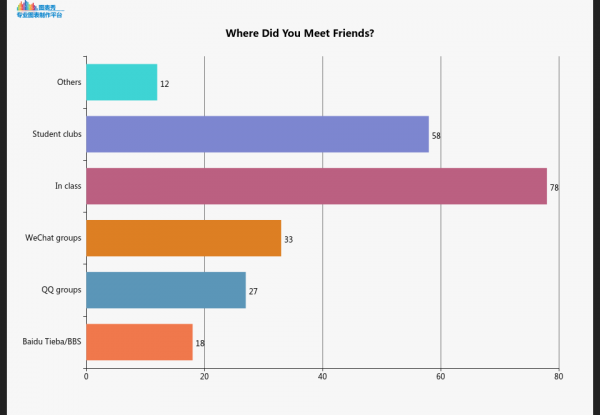 A third of the respondents only had friends from China. To me that sticks out! Well, from my marketing experience, I did expect this to be the case. However, from my own life experiences, I just think it’s strange to spend several years abroad and yet not have any friends from countries other than one’s home country! 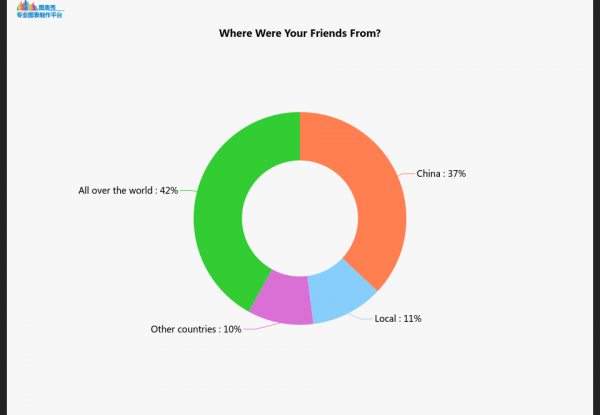 80% of students talked with their family back home at least once per week. But some only talked to their parents once per month. Wow, as a parent, that sounds so lonely! I should enjoy the days that the kids literally jump on me.

I’m sure other parents will feel the same, and believe me, parents have a huge say in where their children study.

About 1/3 experienced some form of racism or prejudice. However, we didn’t actually receive any comments about specific incidences of racism.

This result is actually a bit better than we thought it would be. Safety concerns for international students are often brought up in the media. From our experience, students and their parents often bring up questions about safety before they go study abroad.

45% worked while abroad. That was surprising to me! Since their studies are generally paid for by their family, what do they spend their additional income on? This is a point we could research more.

Where did they find information about the school? Over 4/5 found it on the school’s website. Agents and social media were other popular sources of information. 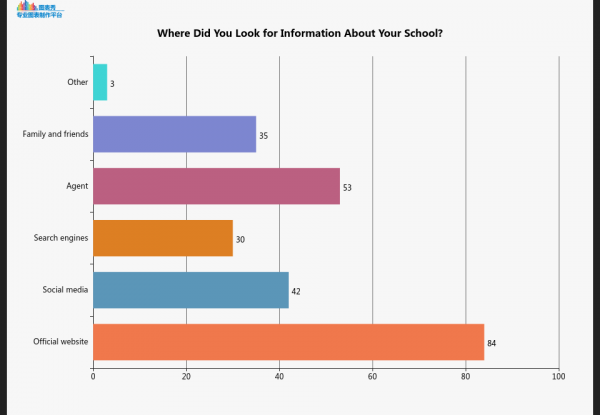 We suspect these results would be different if students had a full range of choices. When we run organic social media campaigns for schools, they become a very popular source of information. However, most schools don’t yet have great Chinese social marketing in place. If they did, we think that’s the first place students would go for info.

Something else we can add from experience is that students don’t really trust agents. They know agents are commission-based salespeople likely to sell based on their own financial concerns rather than the students’ own interest. So, when we run social campaigns, we find students go there to double-check information they get from the agent.

2/3 of the students returned back to China after study (or planned to). The remainder were split between staying abroad or hoping to stay abroad.

What’s interesting about this? Well, only 6% of students said they studied abroad in order to prepare to emigrate abroad. Yet a full third of them intended to stay abroad. What does this mean? Perhaps they don’t make firm plans to move abroad ahead of time. Instead, they do so in steps. First they study abroad, then plan to work there a bit longer, then stay longer still.

61% said they also want their children to study abroad, 7% didn’t and the remainder were undecided. I think that’s a pretty strong sign of confidence in the foreign education experience.

“What Was Your Greatest Challenge?”

I think this was the most interesting question. We let students fill in their comments freely, then we marked which type of challenge they mentioned.

This chart shows keywords cited by students, the bigger the word, the more often students cited it as their “greatest challenge”. 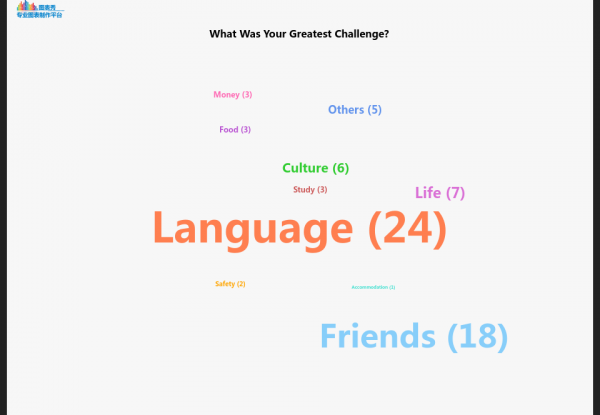 There are some surprising takeaways!

Here are some of the actual answers from students to the question “What was your greatest challenge while studying abroad?”

What Does This All Mean?

Most Chinese students are diligent learners and willing to spend money on language learning. Yet many of them tend to stick with other Chinese students and generally have problems making friends with English speakers from other countries.

Is there anything the schools can do? Maybe. Do they want to? Yes, but it’s probably their lowest priority. Their higher priorities with regards to students are 1) providing an academic education and 2) driving sales revenue.

For marketing purposes, we make life abroad a big part of our social campaigns. We write content about food, music, culture, making friends, getting around town, exploring local history, etc. And they love it! We stir the pot to get potential students, current students and alumni talking. This helps spread the word and drive enrollments. But it also contributes to students’ “life experience” while studying abroad. The students’ life is part of the overall study abroad experience, but that’s the part of the experience that isn’t well-supported by schools, agents or other businesses.

I’m interested in developing this further. I think the focus should be 1) getting students to the right school, 2) helping them have a rewarding life experience as well as study experience, 3) preparing them for life beyond school.

If you’re interested in discussing anything related to education for Chinese students, let’s connect! Find me on LinkedIn or via our contact form.