Movember, men and cosmetics in China

This year a few friends and I decided to do Movember 2013. During November it isn’t uncommon to see lots of men in various parts of the world grow what is nowadays considered an unfashionable and unsightly growth of facial hair on their top lip. 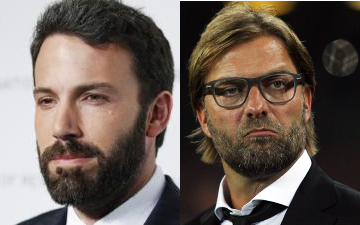 (Images courtesy of iol.co.za and bleacherreport.net)

A full beard is seen as fashionable these days due to the recent influence of hipsters such as German football manager Jurgen Klopp or American actor Ben Affleck after his exploits in Argo. But thanks to the Movember Foundation the moustache is back… at least for one month a year.

The Movember Foundation charity first started running events in 2004 in Australia and New Zealand to raise awareness and funds for men’s health issues such as prostate cancer, testicular cancer, and mental health problems.

Since 2007 events have been held in countries all over the world from South Africa to Spain with Canada now the largest contributor to the various Movember charities of any nation. Missing from this list is China. Why? I asked some of my colleagues this exact question.

The meaning of mustache 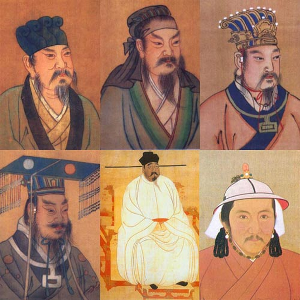 At first there was a debate as to how exactly to say mustache in Chinese. The word huzi (胡子) could mean any facial hair. Other people I asked suggested bazihu (八子胡) or yizihu (一子胡). The reason is the characters 八 or 一 look like a moustache. Simple really.

Some of the girls liked facial hair in general but not on young guys. And especially from a professional point of view any facial hair is seen as a no-no. When I asked why facial hair amongst Chinese men was unfashionable the answer was emphatic: “we’re not in the Qing Dynasty anymore!” That told me.

It was when the guys gave their opinion that things started to make sense. I asked, “if you could make money for charity would you grow a mustache for a month?” The Response: “one month is not enough time to grow a mustache!” Therein lies the real answer. A lot of Chinese men have such a limited amount of facial hair that to grow it would take too much effort.

A proliferation in luxury cosmetics use?

Ever since these conversations I have been noticing Chinese men’s grooming habits. Early one morning I saw an older gentleman using an electric razor to trim what hair he had on his face. It was a cordless three blade rotary type. I wondered if a younger man would follow this up with a replenishing aftershave balm with a non-greasy formula with added special moisturizers, Vitamin E and Provitamin B5.

The fact that Chinese guys grow minimal hair on their face would suggest that they don’t need to use cosmetic products, but that assumption is wrong. According to an APCO worldwide whitepaper, cosmetic sales in mainland China ranked third globally in 2012, after the United States and Japan. Premium cosmetics accounted for a 22% annual growth rate in 2012, and it is expected to reach 29% by 2015.

Where do men figure in this equation? Men are becoming daily users of beauty and skin products and realise the benefits to their professional and personal lives. The men’s skincare sector in China continued to grow by 27% year on year in 2009 and 40% year on year in 2010, five times faster than the women’s skincare market. It is still a female dominated market in China, but men are catching up. Indeed, the Chinese government is considering reform of consumption tax on luxury cosmetics for this very reason. 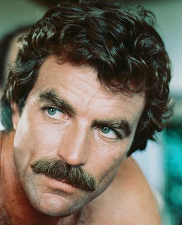 The same morning as I wandered through Nanjing University I saw a respectable looking Chinese man in a suit, I assume a professor of some sort, with a big bush above his top lip. It was something out of the 80s. We gave each other a glance, perhaps a nod towards my own paltry moustache effort. Had I only noticed this because I’m now part of this particular area of men’s grooming?

Maybe not. Maybe there are more Chinese men out there using beard trimmers to keep their moustache in shape. What cannot be disputed though is that Chinese men, like their western counterparts, are cottoning onto the benefits of using luxury cosmetics in their daily morning routine.

Sign up for the newsletter to receive our newest posts on how to improve your marketing results in China.

SUBSCRIBE
Menu
This site is registered on wpml.org as a development site.